WHO head Gebreyesus: showing an imbalance, about 70% of COVID-19 vaccines went to 10 countries 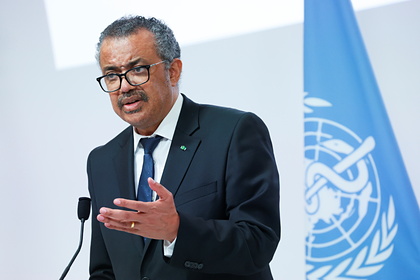 Director-General of the World Health Organization ( WHO) Tedros Adan Ghebreyesus called the global distribution of coronavirus vaccines a “shocking imbalance”. He stated this during a speech in Geneva at a seminar of the Southern African Development Community (SADC), reports TASS.

“In total, more than 7.3 billion doses of vaccine have been used in the world, but about 70 percent of this amount was consumed in total to 10 countries, “he said.

The head of the WHO added that almost 40 percent of the world's inhabitants are now fully vaccinated, but in Africa only six percent.

According to him, an increase COVID-19 vaccine production in Africa is a key priority, requiring “barriers to be removed” to scale up production. In addition, during a pandemic, the action of intellectual property rights to vaccines, diagnostic and therapeutic agents should be suspended, Gebreyesus concluded.

Earlier, a WHO representative doubted that one of the coronavirus mutations – the so-called delta strain – could self-destruct, due to which the number of infected people in Japan has decreased. According to the interlocutor, the extinction of this type of virus is unlikely, since people in other countries are still infected with it.

In November, Ghebreyesus announced that the coronavirus pandemic will last longer due to global inequalities in access to vaccines, as well as from – for inconsistent application of public health measures.