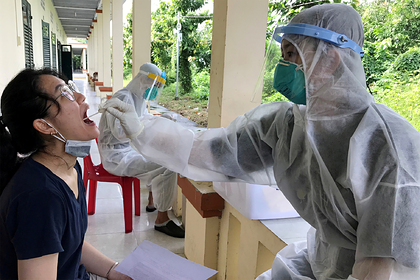 The World Health Organization (WHO) doubts that one of the coronavirus the so-called delta strain – could self-destruct, due to which the number of infected people in Japan decreased. A representative of the organization told Lenta.ru about this.

According to the interlocutor, the disappearance of this type of virus is unlikely, since people in other countries are still infected with it. “This mutation can be found among two million more genetic sequences of the delta strain, which are known to scientists around the world,” they added in the comments.

In response to a question about what in this case could lead to a decrease in the number of infections in Japan, the interlocutor of Lenta.ru suggested: most likely, this happened due to the observance of measures to protect against infection and active vaccination of the population.

At the same time, Professor of the National Institute of Genetics of Japan Ituro Inoue believes that that the incidence of COVID-19 in the country decreased after the delta strain of the virus self-destructed. He suggested that this subspecies disappeared due to constant mutations, which “broke” it.