Wasserman: Ukraine's war with Russia is too tough, the Armed Forces of Ukraine have no military capable of understanding this 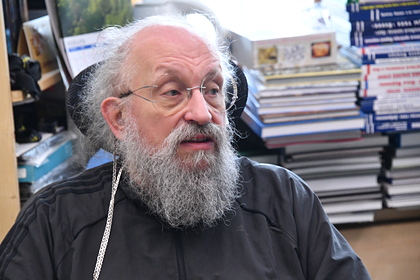 State Duma deputy, publicist and TV presenter Anatoly Wasserman, in an interview with the Telegram channel Donbass Resolves, predicted the likely outcome of the war between Russia and Ukraine.

“I remember very well that one of the conditions in the formation of the young army of Ukraine was the willingness of the Ukrainian military to fight against Russia. So those who were more or less versed in military affairs there understood that the war against Russia would never end in a blitzkrieg, ”said the Russian parliamentarian.

Wasserman explained that we are talking about professional military personnel who left the ranks of the Armed Forces of Ukraine, “giving way to amateurs.” a possible war with Russia. In his opinion, Ukraine is unlikely to decide to go to war with Russia, since for this it does not have enough resources either in terms of weapons or in terms of the morale of the Armed Forces (AFU). At the same time, he noted that NATO will not stand up for Ukraine, since, according to the charter, it protects only those who are members of the organization.

On November 22, Bloomberg, citing sources in the intelligence services, wrote that in 2022 Russia would attack Ukraine from three sides: from the Crimea peninsula, from the Russian-Ukrainian border and from the territory of Belarus. Also, intelligence officers reported that they had shared the intelligence with their European colleagues. The United States claims that most of the Russian tactical groups are already in their positions. Their advancement will be supported by airstrikes, and the security of their rear services will be ensured by reservists whom Moscow has called on on a “scale unprecedented for the post-Soviet space.” that Russia is preparing to attack Ukraine, for which it is concentrating its military contingent on the borders. The secret service is confident that “Washington officials” are deliberately “intimidating” with Moscow's alleged preparations for an attack on Kiev. In reality, the Russian side has no such plans.