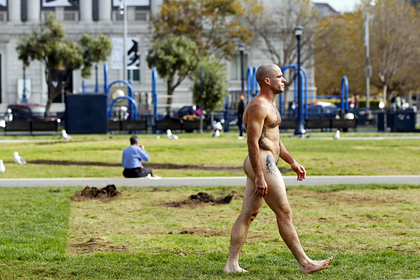 watch the appearance of new moles. Their explanations are given by The Sun.

According to scientists, being naked prompts you to look at your skin more often and observe the appearance of new moles. According to the publication, melanoma is the most common and deadliest form of skin cancer, which is why therapist Catti Moss from Northamptonshire, England, urged to check the body for new growths every week. She advised paying attention to moles that are asymmetrical, have jagged edges, change color, or become larger than a pencil eraser.

In addition, avoiding clothing at home allows you to track changes in body appearance. Scientists at the University of Texas Southwestern Medical Center at Dallas have found that having a little belly fat increases the risk of developing heart disease, even with a normal weight. Thus, the likelihood of calcium deposition in the arteries was twice as high for those with excess volumes in the waist area compared with slender people. This leads to the formation of plaque, which increases the risk of heart attack. To avoid such consequences, nutritionist Dalhia Campbell recommended cutting down on carbohydrates and increasing consumption of lean meats, vegetables and fruits, as well as starting to exercise.

Experts also found out that looking at a naked body, a person is able to correct his posture. “Take off your clothes, stand sideways to the mirror, straighten your spine and take your shoulders back. Imagine a rope pulling the crown of your head towards the ceiling and pulling your belly towards your spine. Do this regularly and you will develop muscle memory. Over time, you will have good posture, “- assured the director of the Bristol Physiotherapy Clinic Richard Bricknell.

In addition, doctors recommended walking more often without clothes to watch for rashes, bruises and swelling. This will help to seek help in time if the appearance is clearly deviating from the norm.

In August, a scientist revealed the danger of a daily shower. Chemist Bruce Green explained that frequent washing with soap or shower gel removes the acid mantle from the epidermis – a mixture of sebum and sweat that protects against harmful microorganisms.