GUR of Ukraine: Russia is increasing the combat readiness of its troops in Donetsk and Lugansk regions 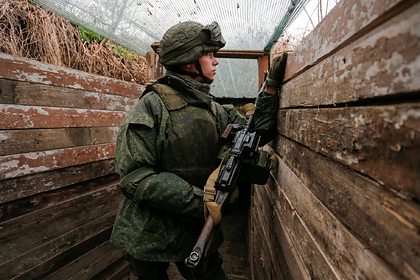 Facebook page on building up the combat capability of the self-proclaimed republics of Donbass.

“The command of the RF Armed Forces is increasing the combat readiness of the Russian occupation forces in the temporarily occupied territory in Donetsk and Luhansk regions,” it was said in the message.

According to the Main Intelligence Directorate, on November 22, large-scale command and staff exercises “with the involvement of a mobilization reserve, units of” power structures “and the occupation administrations began in the territory not controlled by Kiev. The maneuvers are controlled by the commission of the Eighth Combined Arms Army of the Southern Military District of Russia, according to Ukrainian intelligence.

“The exercise is accompanied by the intensification of the activities of the Russian propaganda media to prepare new fake materials to discredit units of the Joint Forces,” the department concluded. p>

Earlier, Bloomberg, citing sources in the US intelligence services, reported that, according to US intelligence, Russia would attack Ukraine in 2022. Moscow is preparing an attack from three sides: from Crimea, from Belarus, from the side of the Russian-Ukrainian border. For this, about one hundred thousand military will be involved.

Press Secretary of the Russian President Dmitry Peskov called the statements about the invasion whipping up hysteria and provocations.