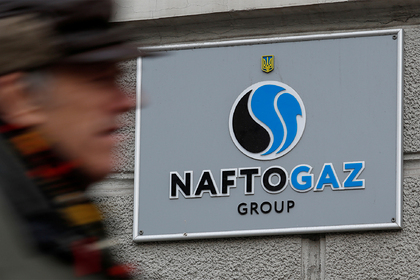 Naftogaz of Ukraine welcomes the US decision to impose sanctions against the participants in the Nord Stream 2 project. This reaction is stated in an official statement on the company's website.

The energy company once again noted that Russia is using gas as a weapon against Ukraine and other European countries and manipulating prices for the approval of Nord Stream 2. This was recalled by the chairman of the board of “Naftogaz” Yuri Vitrenko on the eve of the US decision to impose sanctions. “US sanctions are a powerful tool that is critical to stop the use of gas as a weapon,” Vitrenko said.

He added that the US statement of sanctions only in case of war encourages Russia to continue to use gas as a weapon. weapons and military aggression against Ukraine. According to Vitrenko, the sanctions should be introduced as soon as possible. “If Russia plays by the rules and uses gas as a commodity, and not as a weapon, if it does not use it for political and military advantages, then the United States can reconsider its decision and lift the sanctions,” the chairman of the board explained. >

US Secretary of State Anthony Blinken announced the sanctions against Nord Stream 2. Restrictive measures affected the company Transadria Ltd, which participated in the implementation of the project, and the ship “Marlin” owned by it. Blinken did not specify the name of the second ship. Press Secretary of the Russian President Dmitry Peskov called the sanctions illegal and wrong, and also stressed that the Kremlin treats them negatively.