“Ukrainian GTS Operator”: Hungary provided 90 percent of gas imports to the country in 2021 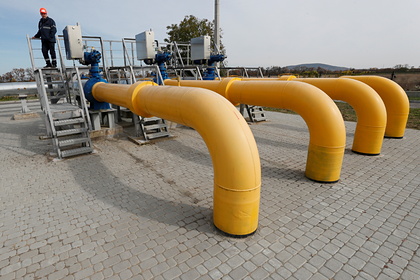 importer of gas to the country. This was reported by the press service of the company on Facebook.

According to the company, Hungary provided 90 percent of gas imports to Ukraine in 2021. The Ukrainian GTS Operator emphasized that Budapest is one of the priority areas for international cooperation. It is noted that even after the suspension of physical transit, gas imports to the Ukrainian territory continued, and in October supplies amounted to approximately 37 million cubic meters. At the moment, work is underway to create guaranteed capacities for gas supplies from Hungary, which should open access to the Adria terminal on the island of Krk in Croatia, the company added.

Earlier, Prime Minister of Ukraine Denis Shmygal said that Kiev wants to seek a 15-year extension of the contract with Russia on the transit of gas to Europe. “The contract is valid until 2024. In fact, he is. We wish to extend it and are conducting negotiations on this matter with our European partners. Because the extension of this contract also depends on them, “he noted.