Ukrainian analyst Zolotarev: Kiev has no strategy towards Donbass 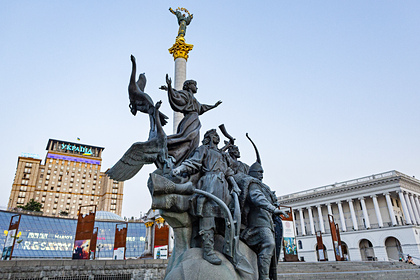 Kiev has no specific strategy for the return of Donbass. His words are reported by RIA Novosti.

“In fact, Ukraine now has no strategy in relation to Donbass. Because now the whole strategy is the words “we cannot refuse the Minsk agreements, but we also cannot fulfill them,” the analyst stated. In his opinion, the situation with Donbass may drag on for a long time, and the conflict will remain frozen.

Zolotarev stressed that Germany and France support Ukraine in the opinion of a possible change in the Minsk agreements. “Therefore, we can safely say that the Minsk process is dying. In the end, a troika may remain from the Normandy Four, “he said.

Earlier, Ukrainian Foreign Minister Dmitry Kuleba denied the country's preparations for a military offensive in Donbass. According to the minister, lately Russia has increasingly accused Ukraine of wanting to resolve the conflict with the self-proclaimed people's republics of Donbass by force, but Kiev still relies primarily on diplomatic methods.