Minister of Defense of Ukraine Reznikov: more than 200 thousand Ukrainians are in reserve, they are liable for military service 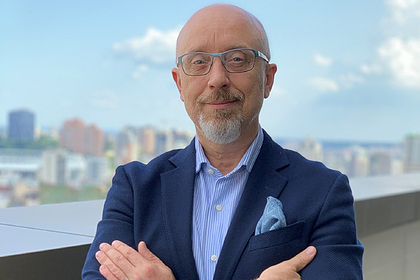 According to Reznikov, on January 1, the law on national resistance and comprehensive defense will come into force in the country.

“Therefore, we have understanding of territorial defense, we have more than 200 thousand already in the reserve of Ukrainians and Ukrainian women. Those who have passed through this front have relevant experience. They voluntarily agreed to be in this reserve, they are, in fact, liable for military service, “- said the head of the Ministry of Defense.

Earlier, Bloomberg reported that, according to US intelligence, Russia will attack Ukraine from three directions in 2022: from Crimea, Belarus and from the side of the Russian-Ukrainian border. Washington believes that Russia is preparing 100,000 troops for an attack.

Reznikov said that in the event of this aggression, Ukraine's western partners are ready to act ahead of the curve. “I have been assured that very serious consultations are underway between other partners of the NATO countries and the European Union on their readiness to take decisive steps ahead of the curve,” the minister said.