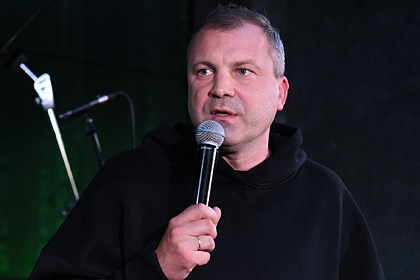 in the materials the nationality of the criminals, which was introduced to the State Duma by the parliament of Chechnya. Popov spoke about this in his Telegram channel.

In particular, Popov answered the head of the republic, Ramzan Kadyrov, with an appeal not to impose conditions on journalists. The deputy reminded him that many of those who oppose the proposal of the Chechen parliament “were elected by the people of Russia.”

There is no need to set conditions for journalists. The rules are – by the way, strict – and so clearly spelled out in the Law on Mass Media. Journalists themselves will figure out what, where and when to mention. The amendment of the Chechen Parliament will not work, even if the majority votes for it, which I deeply doubt.

Popov also asked Kadyrov if it was necessary in this case to prohibit mentioning the names and surnames of the criminals, since they reveal the nationality and religious affiliation of a person. “But what about the fact that Ukrainians are killing Russians in Donbass? They are killing! ” – asked the journalist.

Earlier, Kadyrov accused several journalists and politicians, including Popov, of a biased and coordinated position on the issue of banning mentioning the nationality of criminals in the media. “But each of you decided to please the common curator and speak out as quickly as possible,” the head of Chechnya concluded.

After the attack by the natives of Azerbaijan on a man with a child in the Novye Vatutinki area in New Moscow, the head of Chechnya, Ramzan Kadyrov, called on the media to stop PR on the negative about Caucasians. According to him, this may lead to the younger generation believing that the Caucasus is a separate state.

On November 22, the Chechen parliament submitted a bill to the State Duma for consideration, proposing to prohibit the media from indicating the nationality of criminals in materials. The Union of Journalists of Russia, in particular, stated that the idea of ​​Chechen parliamentarians restricts freedom of the press.