Writer J.K. Rowling complained about trans activists who came to her home 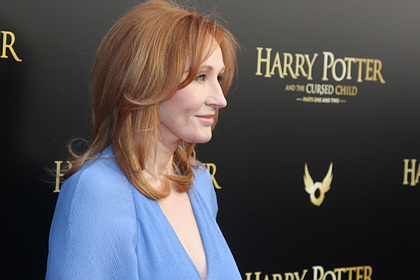 Rowling leaking her home address. The Harry Potter author reported this on Twitter.

“On Friday, my address was posted on Twitter by three activists who took a photo outside our house, positioning themselves so that our address was visible [in the pictures],” the writer said. She urged Internet users who shared the tweet with photos to delete it.

“We invented the Wizarding World of Harry Potter” The creators of the graphics in “Harry Potter” gave an exclusive interview to “Lenta.ru” “They should remember that I have already received so many death threats that they can cover my whole house, and I have not stopped speaking on this topic. Perhaps – I'll just suggest this – the best way to prove that your movement is not a threat to women is to stop harassing, harassing and threatening them, ”she wrote.

In July, Rowling shared incoming threatening messages from trans activists. In particular, the author wanted to find a homemade bomb in the mailbox.

The scandal around the writer erupted after she ridiculed the author's column in the summer of 2020 with the headline “Opinion: after COVID-19, a fairer world for people needs to be created who are menstruating. ” Rowling joked that the columnist forgot the word “woman.” As a result, she was accused of transphobia.