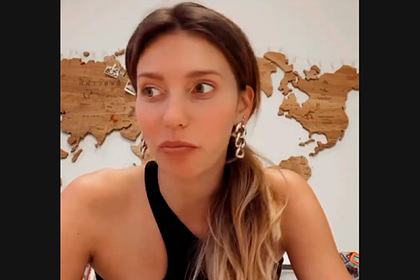 TV presenter Regina Todorenko complained something that has faced criticism online after debuting on the travel show “Heads and Tails”. About how commentators on social networks accused her of allegedly getting a job in the project thanks to an influential partner, Todorenko told in an Instagram story.

The presenter noted that the persecution began in 2013 after becoming host of the program “Heads and Tails”. “It is clear who slept with the producer”, “How did this stupid chicken get on TV through the bed?”, “It's easy to be on TV when you spread your legs well in front of the producer,” commentators wrote about her. According to Todorenko, such statements appeared under the program's broadcasts on the network for a year and a half.

The TV presenter clarified that at first she was not worried about the criticism of the audience. But a year later, the star, according to her, felt a strong resentment. She explained such a harsh reaction from the fans of the program with human anger and injustice.

Todorenko ironically noted that the audience did not accuse her co-host of the program “Heads and Tails” that he got a job thanks to connections with a producer or others influential person. “I wonder what caused this position: to paint the image of a woman so weak in the eyes of the public that there must be a philanthropist behind her so that she could achieve something?” – the TV presenter asked.

Earlier, Todorenko talked about how she fought with complexes. The celebrity noted that relatives helped her to get rid of negative thoughts.