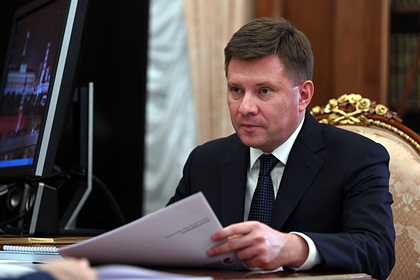 CEO of Russian Helicopters Rostec “) Andrei Boginsky will leave his post in early December. Information about such a possibility came to RBC from three sources in the aviation industry.

According to the interlocutors of the publication, instead of Boginsky, the holding will be headed by the head of the Radioelectronic Technologies Concern (KRET), also part of Rostec, Nikolai Kolesov. At the same time, Boginsky will not leave the aircraft industry – they plan to appoint him deputy general director of the United Aircraft Corporation (UAC) for civil aviation.

The source added that KRET, in turn , will be headed by Kolesov's deputy – Alexander Pan, who was in charge of the state defense order in the holding. “Formally, the appointments have not yet taken place, but in fact personnel decisions have already been made,” the source concluded.

At the request of RIA Novosti, an official representative of the Russian Helicopters holding declined to comment on reports of personnel changes in the company. At the same time, sources of the news agency in the defense industry also reported that the holding will be headed by KRET General Director Nikolai Kolesov instead of Andrei Boginsky, and Boginsky will leave for the post of Deputy Head of the UAC for Civil Aviation.