White House spokesman Psaki about a new meeting between Putin and Biden: there is nothing to report yet 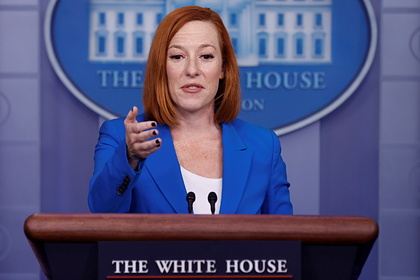 meeting between US President Joe Biden and Russian leader Vladimir Putin. This is reported by RIA Novosti.

According to Psaki, she still has nothing to say about plans for a meeting or contacts between the two leaders of the countries. At the same time, she noted that Washington still has serious concerns about the activity of the Russian military near the borders with Ukraine. A White House spokesman called on Moscow to de-escalate and stressed that this issue will also be raised in the course of contacts with Russian representatives.

Earlier, Kremlin spokesman Dmitry Peskov told reporters that online talks between the Russian and American presidents could take place before end of the year. The spokesman for the Russian president also listed possible topics for negotiations: Putin and Biden will discuss Ukraine and NATO.