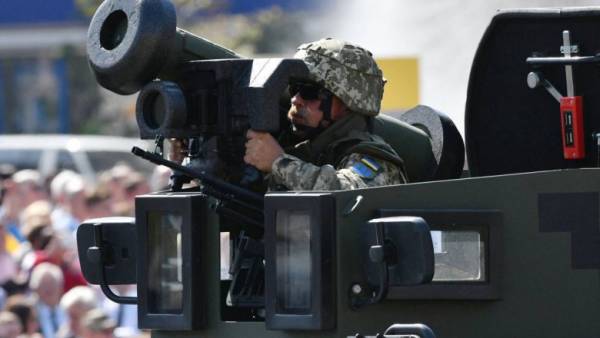 According to the & nbsp; Ukrainian MP, Kiev has the right to & nbsp; protect its land with & nbsp; use of both Turkish Bayraktar drones and & nbsp; complex Javelin.

Kirill Budanov, head of the main intelligence department of the Ministry of Defense of Ukraine, said that & nbsp; Javelin & nbsp; had already been used against Russian troops. Russian Foreign Minister Sergei Lavrov believes that & nbsp; Kiev's use of the Javelin complex shows its “ desire to carry out a provocation. '' US intelligence this week warned European allies about the & nbsp; likelihood of a Russian invasion of & nbsp; Ukraine. The & nbsp; Kremlin called these statements artificial whipping.