The Ministry of Justice introduced the song “Kill the Beggars!” group “Pornofilmy” to the list of extremist materials 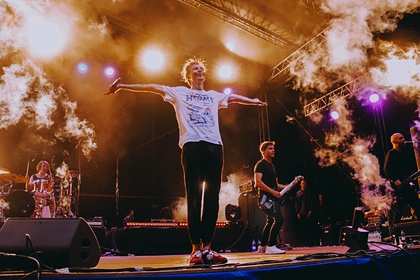 Song of the punk group “Pornofilmy” “Kill the beggars!” recognized as extremist. This was reported on the website of the Russian Ministry of Justice.

“Let the bodies beat on the floor” Songs , films and books that make people kill

In an interview with RTVI, the group's director Alexander Rusakov said that he did not know why the track was considered extremist, and admitted that this decision was a surprise. “We were not summoned to the court or any other authorities, and no one asked for our explanations. It's hard to say what exactly attracted the attention of the Ministry of Justice, “he said.

According to Rusakov, the song is a cover of Kill the Poor by the American band Dead Kennedys. He added that the track expresses an exaggerated attitude of the rich towards low-income people, but, “apparently, someone does not understand this.” The group intends to seek legal assistance.

Last year, the organizers of the concert of the punk band Pornofilmy in Chelyabinsk canceled their performance due to a warning from the prosecutor's office. The prosecutor's office found in the lyrics of the band's songs “obscene language, information encouraging children to commit actions that pose a threat to life and health, calls for drug use, denial of family values, disrespect for parents.”