FNEB deputy head Grivach: the US imposed sanctions against Nord Stream 2 by inertia 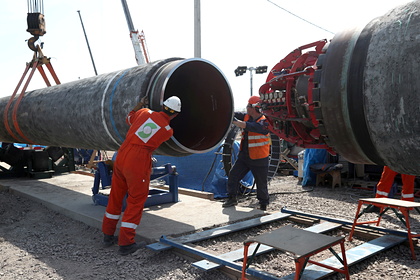 stream-2 “by bureaucratic inertia. This reason was named by the deputy general director of the National Energy Security Fund (NESF) Alexei Grivach, commenting on the recent sanctions by Washington against two ships and one Russian-related company involved in the project, RIA Novosti reports.

Gazprom and the European Union cannot agree on gas supplies and prices. What will this threaten Russia in a few years? June

New greatness. Russia could lead the global energy revolution. What is stopping her?

According to the deputy head of the fund, sanctions are only an element of American domestic policy, which is not fatal for the project. He noted that the US actions are unpleasant and inconvenient, but expressed confidence that shipowners and captains will adapt to them.

“The [US President Joe] Biden’s administration is being pressured by congressmen for political reasons and to earn money from lobbyists. So she introduces sanctions against individual courts every quarter in order, on the one hand, to adhere to the agreements with Germany, and on the other, to demonstrate adherence to the policy of sanctions, “said Grivach.

Previously, the press secretary of the Russian President Dmitry Peskov called the new US sanctions against Nord Stream 2 illegal and wrong.