OP member Ilya Remeslo: Deputy Rashkin could bribe for the opportunity to hunt 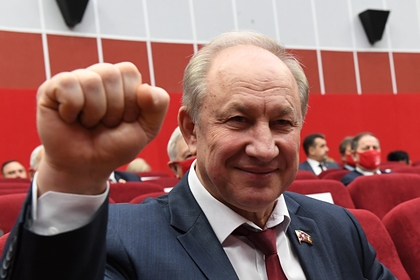 Lawyer and member of the Public Chamber (OP) Ilya Remeslo suggested that that State Duma deputy Valery Rashkin could have given a bribe in the Saratov region for the opportunity to hunt. His accusatory words are quoted by the RAPSI agency.

The craft wondered how Rashkin's hunt was formalized, as a result of which he shot a moose. “Who paid for it and what preferences did he receive from Rashkin? And the deputy received the right to hunt free of charge, that is, received a property gift in the form of harvested animals? Was this declared? How is this consistent with the status of the deputy and the requirement for his financial independence? “, – the lawyer notes.

He also criticized the situation, because of which the deputy could face criminal prosecution, in general. “A classic of the genre – a master-deputy from the party committee came to hunt in the Saratov province. Rashkin keeps it in the role of his personal safari park, where the law is himself. So much so that he does not even consider it necessary to check the documents for the hunt, this is not a lordly business! ” – said Craft.

He also drew attention to the changed words of the deputy about his license to hunt, and reminded him that, according to the new legislation, the transportation of animal meat is equal to hunting.

On November 22, Valery Rashkin admitted that he was hunting in the forest illegally, without checking if he had a license. Prior to that, he announced its presence.

The State Duma Commission on Mandate Issues previously recommended to agree to the presentation of the Prosecutor General of Russia on the deprivation of parliamentary immunity from Rashkin.

The car of the deputy from the Communist Party of the Russian Federation was stopped in the Saratov region at night On October 29, a carcass of a moose was found in the trunk. Rashkin initially said that he found the remains of the animal in the forest and decided to take them to the police. He later admitted that he had shot the moose himself, and told his version of events.