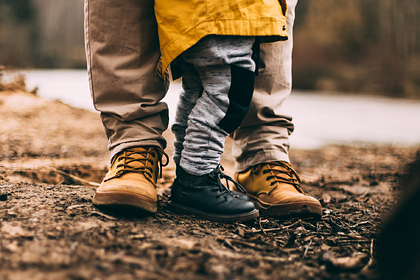 Reddit user throwaway11212021 said he decided do a DNA paternity test after hearing a wife joke about their common son. As the man noted, the words of his wife greatly upset him.

The author of the post stated that he got married about a year ago. Together with his wife, they are raising a son. “Our relationship with my wife has always been smooth. I never had any suspicions about her being unfaithful. Our child is healthy and happy. We are fine. We are very lucky that we have no reasons for stress and anxiety, ”he said.

However, the situation has changed recently. During a trip to the store, his wife asked him not to buy one product, as, according to her, it contains bisphenol, a chemical that allegedly negatively affects fertility. In response, the man said that he did not have fertility problems, since he has a child, although he also uses this product regularly. Then the spouse joked that the child might not actually be from him.

“It took me a while to understand what she said, and when it happened, I was very upset. I asked her not to joke about this and asked why she decided to say something like that. After that I stopped talking to her. When we left the store and got into the car, I decided to immediately do a DNA paternity test, ”the narrator recalled. At first, his wife was against it, but in the end she agreed.

According to the man, he believes his wife and considers her a wonderful person and an excellent mother. Before her joke, he had never thought that his son might be step-by-step. The author of the post asked the users how they rate his decision to make the test. Some users advised him not to take such jokes too seriously. “My husband and I constantly joke about it when a child does something strange,” the commentator admitted.

Earlier, another Reddit user told how his wife found his secret social network account. The woman became disillusioned with her partner because of his publications and comments on the platform. As a result, the spouses were on the verge of divorce.