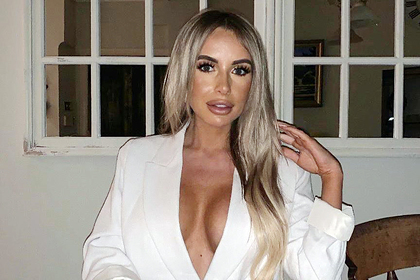 The trend to wear a jacket on a naked body is back in fashion thanks to celebrities. This conclusion was made by the fashion editors of The Sun, based on publications on social networks.

Journalists noted that this fall, many popular Instagram influencers, as well as TV stars and models began to appear in jackets, not putting on tops under them. For example, among them was a participant in the British reality show Love Island Molly-Mae Hague: the girl shared a picture in which she was captured in a red pantsuit without a shirt. Her publication received half a million likes.

Hug's colleagues, TV stars and bloggers Faye Winter, Zara McDermott and Millie Court starred in similar images. The latter posted several frames on her account at once, posing in various blazers on her naked body. It is noted that the trend was also picked up by supermodel Cara Delevingne, actresses Megan Fox and Demi Lovato.

“All photos indicate that we are facing a new fashion trend – Braless Blazer (“ a jacket without a bra ”). If you decide to support him, watch your cleavage so as not to be naked in front of others, ”concluded the experts.

The described trend also gained popularity in October 2020. Then, in a jacket on a naked body, Finnish Prime Minister Sanna Marin appeared in public. The politician took part in a photo shoot for the cover of the new issue of Trendi magazine, posing against the backdrop of the lake in a black blazer with a plunging neckline.