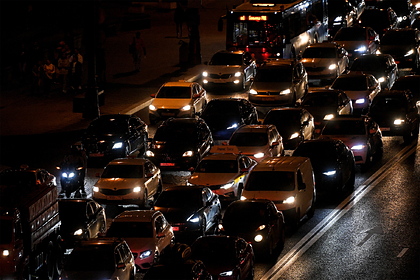 hooliganism and recklessness on the roads should be punished with up to five years in prison. This proposal was made by the Deputy Chairman of the Federation Council Committee on Economic Policy Valery Vasiliev, who is in charge of transport and road network issues. His words are quoted by TASS.

“It's one thing when accidents occur due to difficult weather conditions, some kind of extreme situations that, unfortunately, happen on the roads. And it is quite another matter when the lives of road users and pedestrians are at risk for the sake of hype, “he said.

According to the senator, such actions must be ordered not only financially, because fines do not change the situation on the roads.

In addition, Vasilyev noted, it is useless to talk about increasing fines for reckless drivers on the roads, so we should talk about real terms of imprisonment. Violators of the speed limit, receiving fines, continue to drive at a speed of 200 kilometers per hour. “Only real criminal sentences can stop such riders, which should not be replaced by community service or suspended sentences,” the senator concluded.

Earlier, State Duma Speaker Vyacheslav Volodin said that the deputies would consider the introduction of criminal liability for some Russian drivers. We are talking about repeated violators of traffic rules, posing a danger to the life of citizens.