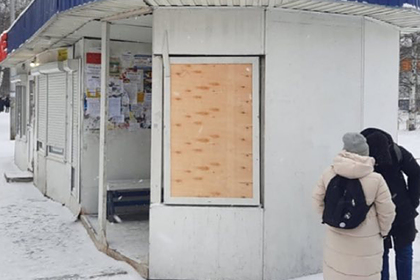 repaired a public transport stop with plywood. He shared the results on Instagram. The result of the repair caused indignation of network users.

The deputy clarified that on November 17, a local resident came to him, who complained about the state of the “Policlinic ATC” stop on Druzhby Narodov Street – there was no glass in one of the openings of the building; – why was the wind blowing there? The woman asked to insulate the bus stop, and soon the doorway was closed with a wooden panel.

Netizens expressed their opinion about the repair carried out in under Yelin's publication, the photo of the repair results received more than 200 comments. Some users called what they saw a shame and wondered why the opening was closed not with glass, but with plywood. Others noted that because of the opaque material, the townspeople would not be able to see the approaching bus. However, some participants in the discussion praised the authorities for the quick repairs, noting that a stop with plywood is better than without it.

In May 2021, a bus stop was installed in the city of Segezha, Karelia, despite the absence of roads and public transport … The authorities explained that they did not have enough funds for the roadbed, and the stop cost less. One of the residents clarified that buses have not been operating in the area for 10 years.