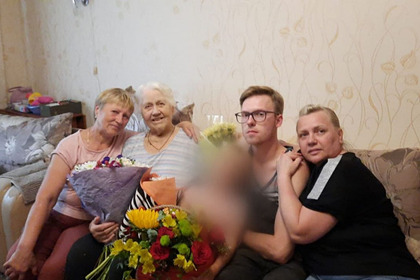 in order to release the fluid accumulated in the abdomen, she described the state of the mother in the first minutes after the operation. Her words are quoted by 47news.

The daughter said that as soon as she entered the apartment, she heard the words of her mother that she had “done something to herself”. “She ran into the room dressed and shod. Of course, I am in shock, hysterical, crying, “the woman shared.

According to her, just above the navel, the pensioner had a hole where water came out. “The nightgown is all wet, and the sheet is also. Says: “I wanted to make myself a relief,” “- said the daughter of the blockade.

After the pensioner admitted that she felt better, she was able to lie on her side. Subsequently, doctors discovered another hole in her, just below, which was bleeding a little.

Earlier it became known that in Vyborg, Leningrad Region, an elderly woman with oncology in a state of despair, who passed the blockade, underwent surgery on her own – she cut her stomach with a knife, to release the accumulated liquid there. Before that, the pensioner left a suicide note just in case. The doctors managed to save the patient, she is currently in the hospital. It is specified that the blockade woman will be placed in a medical facility, where she will receive palliative care.