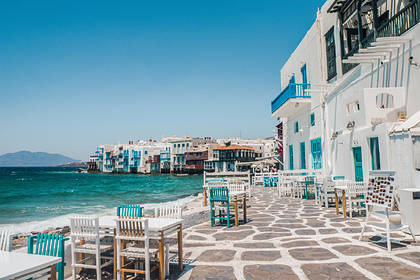 countries with the highest demand for real estate among residents of Russia, writes RBC. The most demanded were housing in Greece, Portugal and Cyprus.

Greece accounts for a fifth of requests (20 percent) received by the company from Russians. It is followed by Portugal with a share of 19 percent of Russian demand. “Greece and Portugal are just predominantly the demand for real estate for migration. We are talking about budgets from 250 thousand euros, mainly apartments in Athens, although housing on the islands is also in demand. In Portugal, the most popular segment is also hotel real estate, for example a hotel in Lisbon, “Shalaeva explained.

13 percent of Russian clients want to buy real estate in Cyprus. The fourth and fifth places in the ranking are occupied by Spain and the United Kingdom (7 and 5 percent, respectively). The top 10 also includes the Caribbean, France, USA, Austria and Germany. A representative of Knight Frank Russia said that in Cyprus, Russians most often buy villas where they can relax with their families. Housing in Spain, as well as in neighboring Portugal, is mainly purchased for the purpose of moving. In this country, when buying real estate for a certain amount, the authorities issue a residence permit. In addition, residents of Russia often purchase commercial real estate in Spain. In Great Britain, elite housing is in the greatest demand.

Since the beginning of October, the attractiveness of real estate in Dubai, the capital of the United Arab Emirates, has sharply increased for Russians. They began to buy housing there 40 percent more often. According to analysts, buyers from Moscow, St. Petersburg and Siberian cities are the most active in the real estate market of this Asian city. In addition, people from the Far East and from the oil and gas regions are buying housing in Dubai.