Bolshoi Theater artist: the flood was caused by a drunken fight with chairs 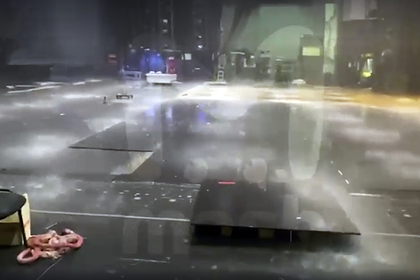 a fight between the staff of the art and production department. A theater artist, whose name has not been disclosed, told Moskovsky Komsomolets about this.

The newspaper's interlocutor said that the fight took place at night, chairs were used in the conflict. “One threw a chair at the other, and the chair hit the fire alarm control panel. It seemed like a fight was on the Historical (stage – comment of “Lenta.ru” ), where the remote control is located, but it was flooded with a new one, “the source said.

The theater staff decided at first that a real fire started. While they were looking for a fire, water continued to pour and the stage was flooded. The source stressed that the damage was insignificant – the theater will have time to put in order for the premiere of the play “The Master and Margarita”, scheduled for December 1. “We got off with minor injuries,” he summed up.

A video of the flood on the New Stage of the Bolshoi Theater appeared on the Internet the day before. It was reported that the incident was due to a faulty fire extinguishing system.