Bart II the Bear, who starred in Game of Thrones and Into the Wild, died at 21 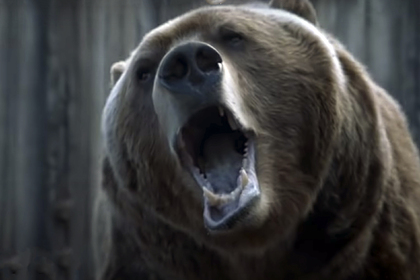 Alaskan grizzly, nicknamed Bear Bart II, who starred in Game of Thrones and Into the Wild, died at the age of 21. The Hollywood Reporter writes about it.

Bart II passed away in Heber City, Utah. He has had health problems for the past year. “He has made a tremendous contribution to the preservation of the grizzly's habitat. In his two decades as ambassador for the Vital Ground, Bart's charisma has helped us save hundreds of thousands of acres of land that is home to his grizzly and other species, ”said Ryan Laty, executive director of Vital Ground. >

Bart and his sister were found in the mountains in Alaska by a biologist after their mother was killed by a hunter. The bear began to be used on the set of films back in 2001. He has also appeared in films and TV series such as Doctor Dolittle 2, C.S.I. Crime Scene Investigation, Three Men in a Canoe, Clinic, We Bought a Zoo, Pete and His Dragon, and An Unfinished Life. In Game of Thrones, he appeared in an episode with the characters Jaime Lannister (Nikolai Coster-Waldau) and Brienne Tart (Gwendoline Christie).

In May 2019, it was reported about the death of Leo the cat, who played in the new film adaptation of the book Pet Sematary.