In Kyrgyzstan, the authors of the educational notebook made a mistake and added Kyrgyz villages to Tajikistan 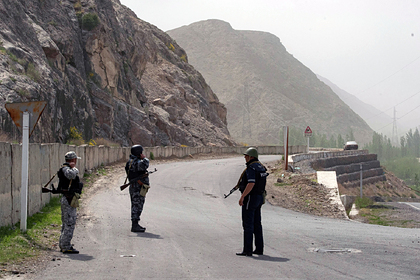 »Tajikistan is a part of the Batken region of the republic. This is reported by “Sputnik Tajikistan”.

Photos of educational materials in which the Tajik village of Vorukh ceased to be an enclave and annexed additional territory in the form of the Kyrgyz villages of Ak-Sai and Kok-Tash were published on social networks .

The Ministry of Education of Kyrgyzstan explained the error by the fact that the workbook was developed in 2018-2019, and the quality control of textbooks was strengthened only in 2020. The department promised to re-examine the maps placed in the current training manuals. It is already known that the department has initiated an internal investigation.

In April, in the area of ​​the Golovnoy water distribution point in the village of Kok-Tash, a conflict broke out between local residents and citizens of Tajikistan over territorial claims. It was caused by the fact that the Tajik side considers “Golovnaya” its territory, although in Kyrgyzstan it is considered as a controversial one. Subsequently, the conflict escalated into an armed clash between the military personnel of both countries.