FNEB analyst Yushkov: Moldova will try not to pay its debt to Gazprom 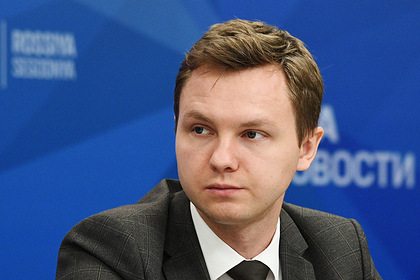 Igor Moldova to avoid paying the debt to Gazprom and to deceive the Russian company. He told Sekret Firmy about this.

Moldovagaz will receive money from the Moldovan government to pay off its debt to Gazprom, but the republic will try to avoid paying off the rest of its debts, the analyst said.

In addition, Chisinau will try to accuse Russia of artificially creating problems for the enterprise. Also, according to Yushkov, Gazprom can turn off the gas supply to Moldova for one day, which will not cause problems. “If they have interruptions in supplies within 24 hours, this will not lead to a catastrophe,” Yushkov stressed.

According to the analyst, Moldova may declare the bankruptcy of Moldovagaz after the audit, which was previously announced by the Moldovan authorities. “Their goal is this: to conduct an audit and then declare that Gazprom, as the main owner of the company, allegedly put swindlers there, they themselves stole all the money, so the company can no longer pay off. This means that Gazprom itself is to blame for this debt and nothing can be given to it, “the expert expressed his opinion.

After the bankruptcy of Moldovagaz, the property will be sold to pay off debts, Yushkov said. If there is not enough money to cover the debt, Moldova will leave it unpaid.

Earlier in November, Gazprom's spokesman Sergei Kupriyanov recalled that the deadline for the next payment of the gas debt had come, and fuel supplies to Moldova would stop in case of non-payment.

The contract between Moldova and Gazprom, signed at the end of October, assumes that gas will be supplied within five years, subject to 100% payment of current debts for gas. Spinu warned that the government would later inform Gazprom about measures to pay off the debt, as the authorities need more time to make a decision.