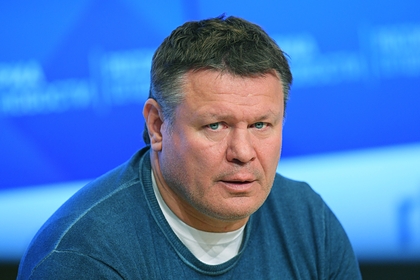 Former mixed style fighter (MMA) Oleg Taktarov speculated about the specifics of domestic sambo schools. The interview with the athlete was published on the YouTube channel “SAMBO VLADIMIR”.

The 54-year-old actor emphasized that several schools can be distinguished in domestic sambo. “Nine out of ten champion graduates of a particular school will be alike. Yes, one guy can stand out because of his special talent, “Taktarov noted.

Speaking about the specifics of training sambists in Soviet times, Taktarov stressed that in the past, athletes trained much more. “It's inhumane to train like that now. Those who trained us, their teachers – trained a lot. They don't do that now. It was at the limit of possibilities, it seemed that a little more and that was all, “Taktarov noted.

Taktarov is known for his performances in early tournaments of the Absolute Fighting Championship (UFC). He became the winner of one of them, defeating Tank Abbott in the final of UFC 6: Clash of the Titans in 1995. In the cage, the domestic fighter used painful techniques on his legs – these techniques are widespread in sambo.