SVT: Russia laughed at Sweden over claims of military aid to Kiev 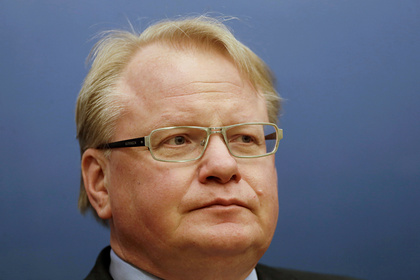 Russia laughed at the words of Swedish Defense Minister Peter Hultkvist about the plans send the military to help Ukraine. Carolina Vendil Pallin, an expert at the Stockholm Institute for Defense Research, told SVT about this.

She explained that the reaction of the Russian embassy to this statement should be regarded as a mockery. Then the diplomatic mission noted on its Facebook page that Hultqvist “is not the first military leader in Sweden who is trying to intimidate Russia with the force of his heroic army.”

By the way, the last world-famous Swedish attempt to send troops to Ukraine took place in Poltava ( not so far from Kiev) in 1709

The Russian Embassy in Sweden

The embassy indicated that Stockholm did not learn the proper lesson from the past battles with Russia.

A line of people willing to help

Earlier, Secretary of the National Security and Defense Council (NSDC) of Ukraine Oleksiy Danilov said that Western countries promised to provide assistance in the event of a military offensive by Russia. He explained that during the International Security Forum in Halifax, he met with the Canadian Minister of Defense, several US senators, officials from other partner countries of Ukraine, and “almost everyone understands what is happening.” He added that the only thing that remained unknown during his negotiations was “whether Putin will attack, and if so, when.”

After that, it became known that the United States supplied about 80 thousand kilograms of ammunition to Ukraine as part of military assistance in the amount of $ 60 million. Thus, since 2014, Ukraine has received more than $ 2.5 billion in defense assistance from the United States.

Later, White House spokeswoman Jen Psaki said the United States is currently not ready to announce the delivery of additional aid to Ukraine. She stressed that the United States has long been providing strong support to Ukraine and providing Kiev with both military and peaceful assistance.

Also, Great Britain was interested in providing assistance to Ukraine on a reimbursable basis. It turned out that London for the first time began negotiations with Kiev on the supply of weapons. According to The Times, the British may supply Kiev with surface-to-surface missiles for boats and aircraft. In particular, we can talk about Brimstone missiles, which are being developed by the MDBA consortium, for installation on ships of the Ukrainian Navy. In addition, the possibility of supplying Brimstone missiles for use from the air is being considered, each of which costs about 138 thousand dollars. In addition, within the framework of joint bilateral cooperation, it is planned to build smaller ships and work on the construction of two naval bases, which will be located on the Azov and Black seas. The program integrator will be a British company

Kirill Budanov, head of the Main Intelligence Directorate of the Ministry of Defense of Ukraine, said that Russia would attack in late January or early February, for this purpose 92 thousand troops were already concentrated on the border.

Related materials00: 01 – November 2 ” We cannot live in enmity “Why does Zelensky want to meet with Putin and what is he ready to do in order to maintain power? 00: 03 – September 4 “Ukraine will remain an outpost of the West” How the meeting of Zelensky and Biden will change Ukrainian politics and how it threatens Russia

On October 30, The Washington Post reported on the increase in the presence of Russian troops near Ukraine. According to the newspaper, “unusual movements of equipment and military” in the west of Russia were recorded after the completion of the large-scale exercises “West-2021”. The Pentagon said that the United States is monitoring the situation on the border between Ukraine and Russia.

On November 2, the American publication Politico published satellite images that allegedly depict the deployment of the Russian military “on the border with Ukraine.” However, these frames depict the area of ​​the city of Yelnya in the Smolensk region – which does not have a common border with Ukraine and only borders on Belarus. Nevertheless, according to the publication, units, including the “elite 1st Guards Tank Army”, moved to the Yelnya area at the end of September from their permanent deployment sites in other regions of Russia.

On November 17, Bloomberg reported pessimistic scenario of the development of the migration crisis on the border of Poland and Belarus. According to the author of the article, the presidents of Russia and Belarus, Vladimir Putin and Alexander Lukashenko, may escalate this conflict. At the same time, it was noted that in the event of an open armed clash, Russia has already mobilized its forces on the border with Ukraine.

In turn, Russia denies foreign media reports that the country is pulling troops to the border with Ukraine. The Foreign Ministry called statements about Russian aggression funny and dangerous.