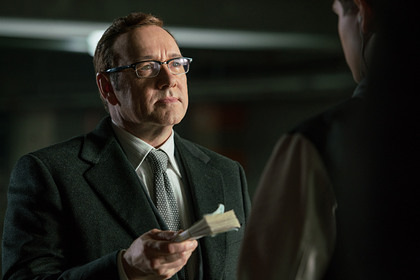 The court ordered Hollywood actor Kevin Spacey to pay $ 31 million “House of Cards”, in which he played the main role, for the harassment scandal that caused him to be fired from the project. This is reported by BBC News.

It is noted that the judge made such a decision back in 2020, but it was made public only now. Spacey was found guilty of violating a contract with Netflix, which created House of Cards.

Kevin Spacey pleaded not guilty to violating the contract.

Three years ago, actor Anthony Rapp accused Spacey in rape. Next, about 20 people reported Spacey's harassment, including nine colleagues who worked on House of Cards. Against the background of high-profile proceedings, the actor's reputation was undermined: he was fired from the hit series, and the film “All the Money in the World” was re-shot, giving the hero Spacey Christopher Plummer. None of the charges against Spacey that reached the trial ended in verdict – some plaintiffs withdrew their claims, some claims were withdrawn by the prosecutor's office due to expiration of the statute of limitations or lack of evidence.