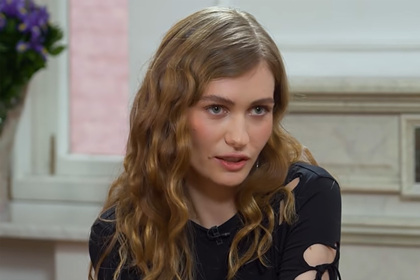 Singer Luna (real name – Kristina Gerasimova) said that her ex-husband, musician and producer Yuri Bardash tried to persuade her to group sex. In an interview with Ksenia Sobchak published on YouTube, the artist said that her husband spat in her face when he heard a refusal.

“In response to my disagreement, he just spat in my face,” – said singer. She added that after that the couple broke up forever, and Luna filed for divorce.

In 2018, Bardash announced that Luna left him for a musician from her band, Alexander Voloshchuk. The producer turned to the singer's new lover, promising that she “will walk up, jump up and return to the family.” He admitted that he himself cheated on the moon, calling it “internal problems”.