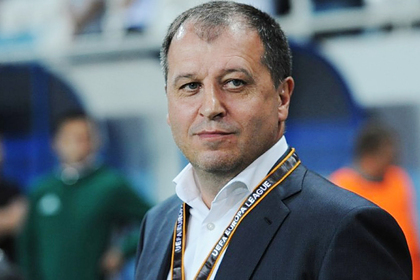 Ukrainian coach of Moldavian Sheriff Yuri In an interview with Nobel Arustamyan's YouTube channel, Vernidub said that he would not work in Russia.

The specialist stressed that since 2014 he has not been considering employment options in Russia. “It is my choice. Firstly, I would never do it, because Ukraine gave me everything. I am very grateful to her, and I love her very much. I follow her to the end. And secondly, my father, who is no longer there, would never have understood this, “said Vernidub.

On September 30, the coach said that the development of football in Russia was hindered by the presence of a limit on foreign players. Another reason for the decline of football in the country, Vernidub said, is the high salaries of the players.

The coach took over Sheriff in 2020. Under his leadership, for the first time in Moldova's history, the club qualified for the group stage of the Champions League, having passed all four qualifying rounds without losing a single match in them. After four matches, the team is in third place with six points. In particular, Sheriff beat Real Madrid 2: 1 away.