Saakashvili: Georgia became a regional superstar after the Rose Revolution in 2003 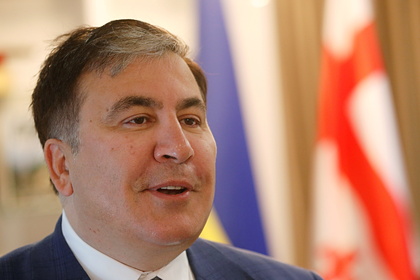 Former President Mikheil Saakashvili, who is now in military hospital in Gori, said that after the “Rose Revolution”, as a result of which he came to power, Georgia turned from a territory into a state. He wrote about this on his Facebook account.

According to Saakashvili, the revolution was created by the people's people, and as a result, Georgia, which was in darkness, flourished. He noted that the Georgian people are special and do not deserve poverty. At the same time, the former president stressed that he would never return to Georgia and risk his life if he did not believe in the courage of the Georgian people.

In addition, the ex-head of state said that the “rose revolution” made Georgia superstar of the region and turned her into a source of inspiration for millions of people. The whole world spoke about the reforms carried out in Georgia, so it deserved the hatred of the enemy, he explained.

“Our country will return its former glory and greatness! Today in front of you, 18 years later, I swear this once again! We all need to unite, despite the past, for the sake of the future! ” – summed up the former president.

Earlier, the lawyer of the ex-head of state Dmitry Sadzaglishvili said that Saakashvili was a victim of torture in the Gldani prison. He pointed out that the health of the politician was affected by the 50-day hunger strike and the inhuman attitude. “In a normal country, they would give the opportunity for free treatment … In normal countries, in such cases, complete release is also possible,” the lawyer noted.

On November 20, the former president ended his hunger strike, which he had been holding for 50 days. This happened after he was transferred from a prison hospital in Tbilisi to a military hospital in Gori. Saakashvili's personal doctor Nikoloz Kipshidze said that the politician will need several months to fully recover.