TourDom.ru: to return from Egypt without queues, you can fly by transfer in Turkey 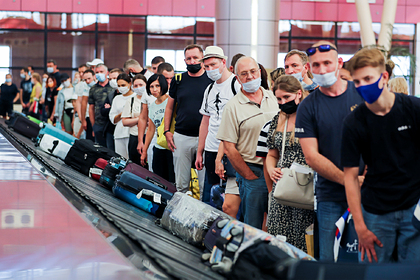 Egypt and avoid queues at airports. Such information appeared on the TourDom.ru portal.

As the experts said, one of the available options to avoid going through the “enhanced security” is to transfer in Turkey. So, a flight on the route Moscow – Sharm el-Sheikh – Moscow with a connection in Istanbul costs about 24.6 thousand rubles.

You can also fly to Egypt on a direct flight, and purchase only return tickets with a connection. since the difficulties with the passage of pre-flight procedures arise for the Russians only when leaving the republic. The most budget-friendly way to fly out of Egypt is to return after December 10th. For example, you can buy tickets for a Pegasus Airline flight for 14 thousand rubles, while the fare includes baggage for 20 kilograms.

In addition, representatives of travel companies note that if travelers are unable to purchase tickets for connecting flights, it is best to fly out of the republic at night. “As practice shows, at this time at the airports there are much fewer queues,” they explain.

Earlier in November, domestic tourists returning from Egypt complained en masse about the six-hour queues at the airport for multilevel checks in the departure area. The problem is that the security screening requirements have been tightened at the terminal, which only handles flights with Russian travelers.