Avito: demand for renting country houses in Russia grew by 19 percent over the year 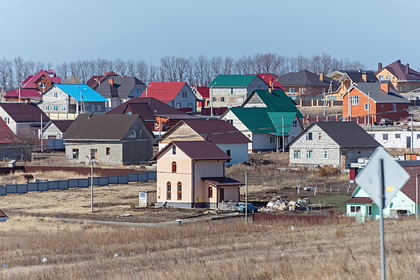 In November, compared with October indicators, the demand for rental housing outside the cities increased by 39 percent, experts calculated. In annual terms, the popularity of the “fence” has grown most of all in Dagestan – by 2.2 times.

Most often, Russians rent houses in the Moscow Region, Tatarstan and the Leningrad Region. Analysts also found that in November, citizens rushed to rent apartments for rent – the level of demand in this segment increased by 11 percent (by November 2020). Most are considering options in Moscow and the Moscow region, Krasnodar Territory and St. Petersburg. Suburban real estate is rented for the New Year, explains Avito.

Earlier it became known that the Russians massively wanted to celebrate the New Year at home instead of foreign countries. Since October, there has been an increased demand for air tickets departing in late December – early January. However, most travelers prefer to spend their winter holidays domestically – only 9 percent of all bookings are made to foreign destinations.