Turk.Estate: from January to October 2021, Russians bought housing in Turkey for 40.6 billion rubles. 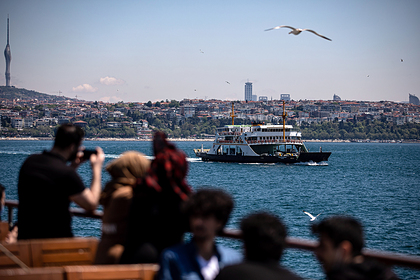 For In the first ten months of 2021, Russians bought more than 3.6 thousand real estate objects in Turkey. In total, they spent tens of billions of rubles on housing. These are the conclusions reached by the specialists of the Turk.Estate portal, the message is at the disposal of Lenta.ru.

In the first ten months of 2021, Russians paid about 40.6 billion rubles for housing in Turkey. In October, the amount reached almost 6 billion rubles. According to the Association for the Promotion of Turkish Real Estate Abroad, in the first six months the average budget for foreign transactions in Turkey reached 11.1 million rubles.

Russia is among the top 3 countries whose residents most often purchase properties in Turkey. According to this indicator, it is ahead of China, Germany, Afghanistan and Kazakhstan. In October, the Russians bought 543 properties – this value turned out to be 35.7 percent more than in the same period in 2020.

Earlier, experts of the Turk.Estate portal concluded that in September 2021, the main buyers of real estate in Among the 15 Russian cities with a population of over one million, Turkey has become residents of Moscow. Petersburgers and residents of Kazan were also interested in similar objects.