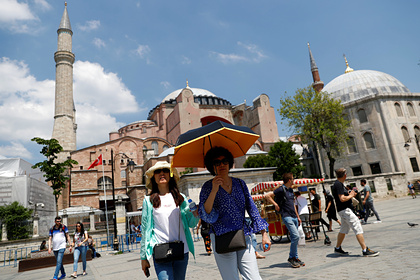 59.6 percent of Russians admitted to unjustified travel expectations for 2021 … This became known from the study of the travel planning service OneTwoTrip, which was submitted to the editorial office of Lenta.ru.

It is noted that after 2020, when the most severe travel restrictions were in force, many wanted to fill the gap in travel – 68.3 percent of respondents had big plans for 2021.

So, 21.7 percent of those who were able to go on a trip traveled twice a year, 19.5 percent – once, 16 , 3 percent – three times. At the same time, 14.1 percent of survey participants managed to go on vacation more than six times.

In addition, 45.2 percent of Russians planned to have time to go on a trip before the New Year. 81.7 percent of respondents think about visiting new cities and countries more often in 2022.

Compared to 2020, 47.5 percent of Russians began to travel around the country more often. The number of foreign trips increased for 29.5 percent of tourists.

The survey was conducted on social networks of the OneTwoTrip service, 1.7 thousand people took part in it.

Earlier in November it became known that About 82 percent of Russians, due to restrictions on travel abroad, were unable to go on vacation to the country of their dreams this year. Another 42 percent of Russians admitted that they managed to find an alternative to foreign resorts within the country. 79 percent continue to monitor their environment at all times, with restrictions.