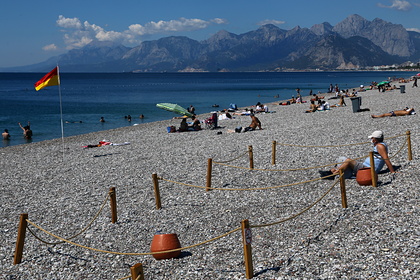 A Russian woman visited Antalya in November and talked about the benefits of rest at the resort during the winter season. The girl's opinion was published by the portal “Subtleties of Tourism” on the Yandex.Zen platform.

So, the traveler booked a five-star hotel for 13 days for 68 thousand rubles for two. According to her, you can have a great two weeks in Turkey if you choose hotels with “winter concepts” for your stay, which have heated pools, spas and hammam.

As the author admitted, she was lucky with the weather in Turkey – in early November, the air temperature fluctuated within 25-27 degrees Celsius, the water temperature did not drop below plus 20 degrees.

The hotel territory impressed the Russian woman – she called her beautiful and well-groomed, separately mentioning a variety of pools, water slides, bars and outdoor cafes with verandas.

The tourist also noted that despite the small number of guests, the entire infrastructure of the hotel is still working. “The only thing, grandiose evening shows at the hotel are no longer staged, but on Halloween they had a party in the style of the Squid Games,” she said.

Earlier in November, tour operators told Russians the cost of a week's accommodation in the best budget hotels Turkey at the end of November. The list includes hotels with heated pools, which are very popular after the end of the swimming season. The cost of placement in them does not exceed 50 thousand rubles per person.