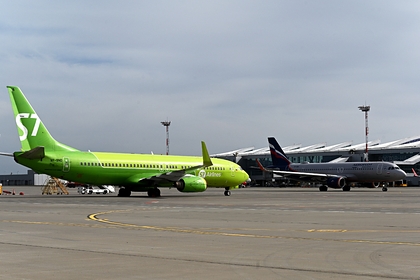 followed from the Egyptian resort city of Sharm el-Sheikh to Samara, previously located in Thailand. A source told Lenta.ru about this.

According to him, in an Asian country, a man got into an accident, as a result of which he “was a little out of his mind.” The interlocutor of “Lenta.ru” did not specify the details of the accident.

Earlier it was reported that during takeoff, when passengers and crew took their seats and buckled up, a 48-year-old man got up and went to the toilet. The flight attendants noticed the disappearance of the traveler after about 15 minutes. They tried to open the door, but the latch was blocked. According to the Telegram channel, the incident happened on board an S7 airline.

Investigators of the TFR are investigating the circumstances of the death of a man on the plane.