Russian wheat rose to a record $ 340 per ton 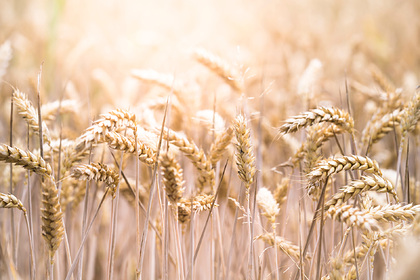 Russian wheat prices reached a record $ 340 per ton. The traditional fall, which usually occurs at the beginning of the second half of the agricultural year (January-June), may not happen this time. Dmitry Rylko, Director General of the Institute for Agricultural Market Studies (IKAR), said this, Interfax reports.

Previously, the price reached a record before the New Year and fell after it. “It is not at all necessary that this trend will continue in the current agricultural year, since COVID-19 upsets all forecasts,” the head of the ICAR emphasized. According to him, the rise in price is due, among other things, to the fact that “floods Australia” (one of the world's grain exporters). There is a possibility that “there will be neither quantity nor quality,” Rylko added.

The expert believes that this year Russia will harvest an average grain harvest. “The South gave a record yield, did not disappoint expectations. The same cannot be said about central Russia, where there was a severe drought. The situation is even worse in the Volga region, and very bad in the Urals, which has experienced a severe drought. A region that sends out a large volume of grain, including to Kazakhstan, is itself turning into a region that needs grain supplies, ”said the head of the IKAR.

According to Rylko, a record harvest was recorded in Western Siberia , but this will not affect the Russian grain balance, since record deliveries to Kazakhstan are coming from there.

Grain exports from Russia from the beginning of 2021-2022 agricultural year fell by 23 percent and as of November 18 amounted to 17.6 million tons … The volume of wheat exports amounted to 14.8 million tons (21.6 percent below the level of the same period).

At the end of September, agricultural experts suggested that Russia will cease to be the largest exporter of wheat by the end of the current agricultural year (July 2021 – June 2022) due to a good harvest in Europe and export problems.