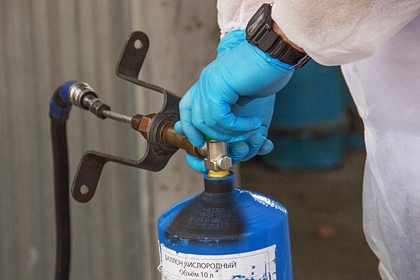 In Buryatia, a man committed a robbery on a hospital. This is reported by the regional Ministry of Internal Affairs.

A malefactor armed with a knife entered a medical institution in the village of Novaya Bryan, Zaigraevsky District, and tore copper pipes leading to the inpatient department from ten oxygen cylinders. In total, he stole ten coils from gas cylinders needed to provide oxygen to patients.

He was noticed by a local locksmith, but the offender pulled out a knife and then fled. The damage amounted to 34 thousand rubles. It is not reported whether any of the patients were injured.

Later, the police were able to identify and find the perpetrator. It turned out to be a 47-year-old local resident. During the arrest, he was very drunk. During interrogation, he explained that he had stolen the pipes in order to hand them over to the scrap metal collection point and buy vodka. According to him, he had no idea what the equipment was for. The stolen pipes were found and returned to the hospital.

The attacker was previously convicted of theft and crimes against the person. A criminal case has been initiated.

In 2020, a similar case occurred. In Chita, thieves stole a pipe that supplied oxygen to patients with coronavirus. The incident took place on the territory of the city hospital №1. Ventilators beeped for dropped gas pressure. The technicians found out that the system was missing about 13 meters of copper pipe that led to a medical building with 200 beds. Five patients connected to the devices had to be transferred to the intensive care unit of another building.