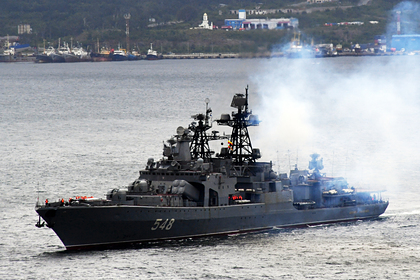 In the territorial waters of Indonesia from December 1 to December 3, 2021 the first ever naval exercises of Russia and the Association of Southeast Asian Nations (ASEAN) will be held. This is reported by TASS with reference to the Permanent Representative of the Russian Federation to ASEAN Alexander Ivanov.

“From the Russian side, the large anti-submarine ship Admiral Panteleev will take part in them,” the diplomat said. The vessel will go to the North Sumatra region. As part of the maneuvers, the interaction between the Russian Navy and the Navy of the ASEAN member countries will be worked out. This is necessary to ensure the safety of maritime trade and navigation.

Earlier, Russian President Vladimir Putin assessed the position of Russia and ASEAN on key issues. According to the Russian leader, the positions of the countries are in many respects close, in addition, there are prerequisites for strengthening cooperation in the field of strategic stability and economic development.