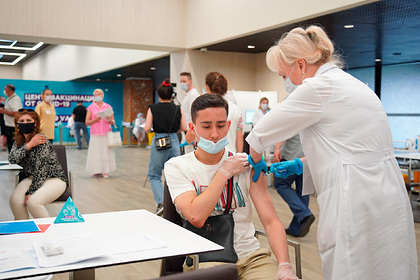 Compulsory vaccination of adult students of universities and colleges is being introduced in the Pskov region. This was reported on Tuesday, November 23, on the website of the authorities of the Russian region.

In accordance with the resolution of the territorial department of Rospotrebnadzor, the first component must be inoculated before December 10. The second – until January 10, 2022. It is clarified that at least 80 percent of the total number of students over 18 years old should be vaccinated.

According to the estimates of the chief sanitary doctor of the Pskov region Alexander Nesteruk, currently vaccination coverage of young people is only 25-30 percent.

Previously, mandatory vaccination against COVID-19 for adult students was introduced in a number of other regions of Russia. The measure affected students in universities of the Amur, Vladimir, Kursk, Irkutsk, Volgograd, Tomsk, Kemerovo and Arkhangelsk regions, Perm and Krasnodar Territories, Kalmykia, Dagestan, Mari El, Adygea, Buryatia and Tuva.

November 22 became it is known that in the municipalities of Ugra until December 5, mandatory self-isolation was introduced for unvaccinated citizens. This is the first Russian region to introduce such a measure.