Vice President of Lukoil Fedun: in 30 years Russia will become a leader in environmental exports 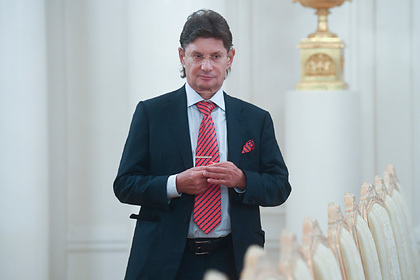 including oil and gas, can become 90 percent carbon-neutral, which will provide the country with leadership in the production and sales abroad of environmentally friendly, climate-neutral products. Such a future at an international forum in the Russian Union of Industrialists and Entrepreneurs (RSPP) was predicted by the vice-president of Lukoil Leonid Fedun, TASS reports.

First of all, a businessman understands such products as oil and oil products, gas and even coal with “wholly or partly purified carbon footprint.” Fedun urged not to “throw in the direction of hydrogen”, on which the European Union is betting, but to focus on supplies traditional for Russia.

According to the Vice President of Lukoil, several scenarios for the development of the Russian economy have been worked out. 15-30 years old. All of them show that in the future, where the role of the climate agenda will grow, Russia has good prospects.

In particular, Fedun said that a Tesla car is less environmentally friendly than an internal combustion engine, since a lot of carbon dioxide, and this opens up opportunities for the export of oil. Fedun called for starting to enter the markets of developed countries with carbon-neutral products, as, for example, does Lukoil supplying diesel fuel and liquefied petroleum gas with such characteristics.

Earlier, Deputy Prime Minister Andrei Belousov said, that Russia's transition to a green economy will last 28 years and cost 90 trillion rubles. At the same time, he indicated that the emphasis will be on hydrogen – Russia will strive to occupy 20 percent of the market.