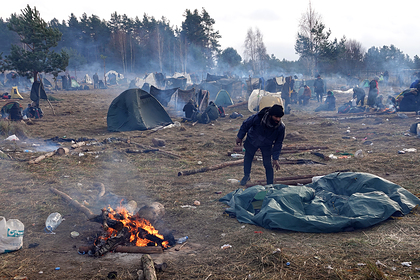 Russia's First Deputy Permanent Representative to the UN Dmitry Polyansky accused ) in ignoring the cruel treatment of migrants by Poland and Lithuania on the border with Belarus. This was reported by TASS on Tuesday, November 23rd.

“If something is causing rejection and condemnation today, it is the two-faced and inhuman line of the European Union, which, contrary to its declared values, is trying to ignore the cruel treatment of migrants Polish and Lithuanian border guards, “Polyansky said about the EU's indifference.

In early November, the migration crisis worsened on the border of Belarus and the EU countries. Thousands of refugees from the Middle East have gathered near the cordon trying to break into the EU. Western politicians claim that the Belarusian authorities have deliberately organized what is happening.