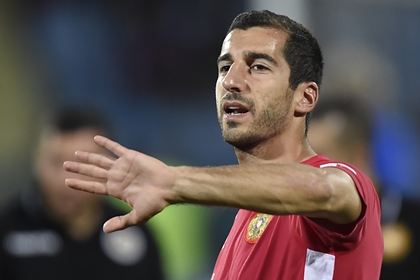 proposals from Russian clubs. This was reported by Match TV.

Krasnodar wanted to see the 32-year-old midfielder in their team. The owner of the bulls Sergei Galitsky got in touch with Mkhitaryan and invited the latter to play for his club. In an interview with the functionary, the footballer said that he plans to continue playing in Europe and does not want to move for family reasons.

Zenit also showed interest in Mkhitaryan. The blues, whites and blues also faced the midfielder's reluctance to leave Europe. At the same time, Mkhitaryan may leave Roma due to difficult relations with head coach Jose Mourinho in winter.

Mkhitaryan is known for his performances for Arsenal London, Manchester United, Borussia Dortmund and Donetsk “Miner”. He is the top scorer in the history of the Armenian national team with 32 goals scored.