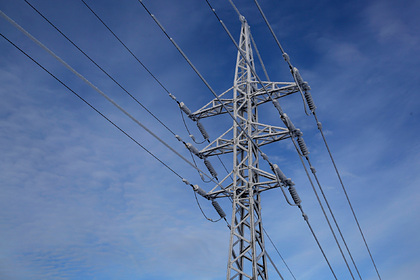 region Egor Ustinov. The MP listed several districts where power outages forced hospitals and other infrastructure to run on diesel generators. This is reported by TASS.

“During the month, rolling blackouts occur in Novotroitsk, Genichesk, Nizhneserogoz and other regions. Therefore, the daily mantras from the authorities that everything is fine and there are no blackouts is a complete absurdity, ”Ustinov said.

Related materials00: 02 – October 7 ” The crisis will come by spring “Zelensky gets rid of political competitors. Why won't this help him retain power? 00: 02 – 30 July 2 “will force Ukraine to change its attitude towards Russia?

The deputy blames the inaction of the Kiev authorities for the power outages in the region. In his opinion, the leadership of Ukraine should take urgent measures to overcome the energy crisis in order to solve the problem with the lack of energy resources on the ground.

In early November, it became known that 51 out of 88 operating power units at the country's thermal power plants (TPP) were shut down in Ukraine. The reason is the lack of fuel, primarily coal. As of 2019, TPPs provided 29 percent of all electricity generation in Ukraine, yielding first place only to electricity from nuclear power plants.