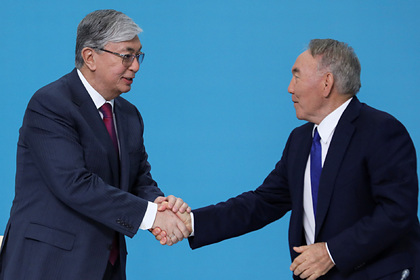 The first president of Kazakhstan Nursultan Nazarbayev will give the post of leader of the ruling Nur Otan party. This was announced on Twitter by Nazarbayev's press secretary Aidos Ukibay.

“During an expanded meeting of the political council, Nursultan Nazarbayev decided to transfer the powers of the chairman of the Nur Otan party, stressing that the party should be headed by the country's president. The procedure for the transfer of powers will be carried out in accordance with the party's charter, “Ukibay said.

Nursultan Nazarbayev resigned as president of Kazakhstan in March 2019, having been in power for almost 30 years. He bears the title of the leader of the nation (Elbasy), and also remains the life-long head of the Security Council.

In April 2021, Nazarbayev decided to transfer the life-long post of head of the Assembly of the People of Kazakhstan (ANC) to Tokayev.