MIEL: in October 2021 secondary housing in Moscow has risen in price by 2 percent 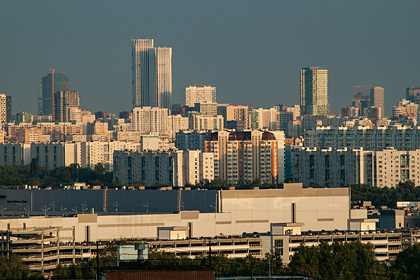 In October 2021, Moscow has risen in price by 2 percent, follows from the materials of the agency “MIEL” provided to “Lente.ru”. The total supply of “secondary housing” is still at a rather low level: no more than 40.5 thousand properties are sold in the city.

No decrease in the cost of a “square” in the secondary market of Moscow, according to realtors, was noted in October … On the contrary, Muscovites have raised apartment prices again. “When putting up their properties for sale, owners are guided by other properties in a given location. In the best case, objects are exhibited at the same price, and sometimes even more expensive, “experts say.

At the same time, according to their observations, every second transaction with” secondary housing “in October was made with a decrease in the initial cost. The size of the discounts ranged from 1 to 5 percent.

In October, the most significant rise in prices for secondary housing was in the Novomoskovsk district – by 4 percent on average, according to MIEL. The minimum dynamics (zero percent) was noted in the Central District.

Earlier, real estate market participants said that the average level of prices for secondary real estate in Russia is already very high and does not correspond to the financial capabilities of many potential buyers. At the same time, none of them promised a collapse in price tags.